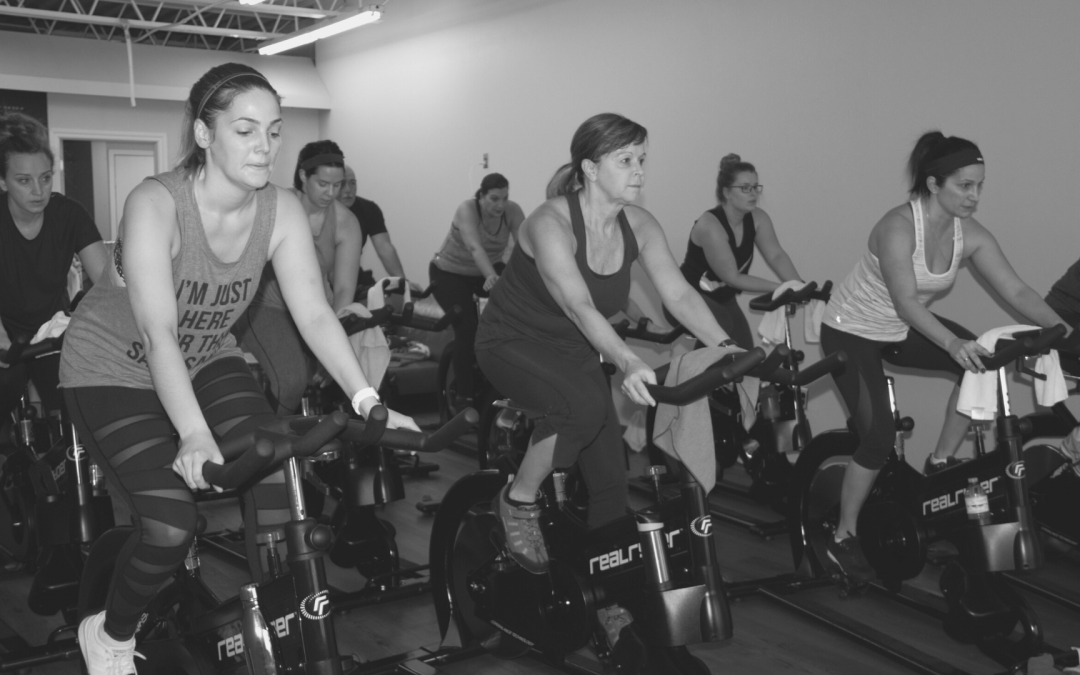 I always loved biking as a kid, teenager and then as I turned into an adult. When St. Joseph Island Triathlon/Duathlon first started it interested me as I was a long distance runner and thought biking and running seemed like it would be fun put together in one event. I signed up the first year to compete in the race. Although all I had was a mountain bike. Mountain bikes can be used, but I wanted to be competitive so I needed a road bike. My uncle had done triathlons in the past so I asked him and he was more than happy to lend me his road bike. This was my first experience road biking which would lead me to a new lifestyle.

As I was going through University in Guelph I used the gym regularly and saw that they offered some classes each semester. One was spin. I thought that would be good training for my duathlons. I liked biking so I though this may be a good work out to try. After thinking about it for a bit I worked up the nerve to register. Not quite too sure what to expect.

As I walked in to the cycling studio you had to grab your bike and gather around the instructor. She started the class, music and microphone on. We warmed up. My butt was already getting a little sore. This was before I knew about bike shorts. As the instructor coached us through the ride I tried to adjust my tension to the proper amount. Not knowing where I should be.

As AC/DC came on it was time to hit some intervals. As I cranked my tension I made it through the first few intervals but they kept going. I wouldn’t be able to hold on to this much longer. Finally, we hit a recovery. I made it, but barely. Then she said “round 2”. I was a bit wiser this time around and eased off the tension a bit. I managed to make it through the next set of intervals with a bit more ease.

I looked at my watch. It has only been twenty minutes of a forty-five-minute class. This is the longest class of my life I thought, as I was just waiting for it to end. Then as class was coming close to the end she said “It’s time for four by two-minute speed efforts to finish off”. By the end sweat was dripping everywhere, I had no towel, I was soaked, my butt was sore and my legs and lungs were burning. Then we made it to cooldown and stretch. Thank god.

As I left I though wow, that’s not what I expected. My initial reaction was never again. As I started to catch my breath and recover I felt like I had accomplished something. The endorphins started kicking in. I started feeling better and more energized. Instead of thinking I don’t want to come back, I started looking forward to the next class. I showered and got back to my day. I felt refreshed, energized and productive. That feeling brought me back to more classes. That feeling lead me to take classes back in the Sault at Goodlife. That feeling had me become a cycling Instructor and that feeling had me open a cycling studio. I still get the feeling after a good ride today and it sets me up for a productive day.

Today’s Task: Try something outside of your comfort zone. Push a little harder then you normally would. If you fail, the first time then go back and try it again and again until you master it.